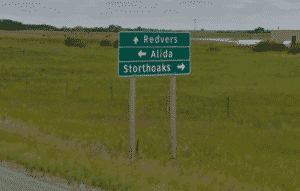 Several personal items, one Restricted rifle, 27 Restricted handguns, 46 Prohibited handguns, and 3 Prohibited rifles, and an unknown quantity of ammo have all been stolen during a residential B&E in Saskatchewan’s border country. Interestingly, no Non-Restricted firearms appear to have been taken in this incident, with all of the firearms involved being the regulatorily more-serious Restricted and Prohibited classes of guns.

Prohibited firearms are rare in Canada, and are usually only able to be owned by serious collectors – though they can be passed down by heredity in some circumstances.

Storthoaks, SK is one of the furthest-southeast communities in the province, with only a few small communities such as Gainsborough between it and the U.S. or Manitoba borders.

Carnduff RCMP: Break and enter to residence, over 70 guns stolen

Several personal items were taken from the residence. The homeowner is an avid gun collector and the preliminary investigation has determined that a large quantity of firearms was stolen from the residence. At this point it is estimated over 70 guns are missing; 46 prohibited handguns, 27 restricted handguns, 3 prohibited rifles and one restricted rifle and an unknown quantity of ammunition. It is believed that all of the firearms had been stored in accordance with firearm regulations.

This theft is currently under investigation with the assistance of the Yorkton Forensic Identification Section, Canadian Firearms Program and the Chief Firearms officer of Saskatchewan, National Weapons Enforcement Support Team, and Canadian Border Services.

If anyone was in the area around Storthoaks over the past month and noticed anything out of the ordinary they are urged to please contact Carnduff Detachment at 306-482-4400 or you may contact Saskatchewan Crime Stoppers anonymously at 1-800-222-TIPS (8477) or submit a tip online at www.saskcrimestoppers.com with your information.

Safe and legal storage is usually best-accomplished using a thick metal purpose-built gun safe that is hard to break into or move around. The specific definition in the Canadian legislation for basic Non-Restricted storage containers is vague: “…A cabinet, container or room that is difficult to break into”. That means different things to different people, so it’s important to be able to demonstrate that you’re in compliance. For Restricted or Prohibited guns: “Attach a secure locking device so the firearms cannot be fired AND lock them in a cabinet, container or room that is difficult to break into; or lock the firearms in a vault, safe or room that was built or modified specifically to store firearms safely”. There are some extra rules (if you somehow own legal automatic firearms) for some guns that involve removing the bolt or bolt carriers and locking them in a separate room that is difficult to break into. So as you can see, a purpose-built gun safe is probably your best bet because it was specifically built to store firearms safely, and because you could use it to store Non-Restricted guns, Restricted guns, and ammunition (as long as the ammo isn’t loaded into or attached to the firearm).

Don’t give thieves the chance!