PSA: Store Firearms Carefully Against Theft & Use In Crime 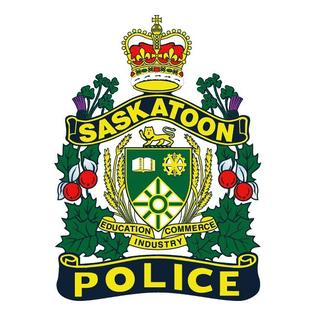 Today the Saskatoon Police Service updated the public on the shootout in Saskatoon yesterday (Sept 27, 2017), in which a suspect opened fire and engaged responding units, firing what is being called an “improvised firearm” at police. From various videos on YouTube showing the incident, the firearm appears to have almost no visible receiver or action.

Maybe the stock was completely chopped off an existing break-action gun, stripped down to the metal – or perhaps the suspect manufactured this as a prohibited “zip gun”. We know he was able to fire at least once, and the news release mentions the gun being found with a live round in the chamber – leading us to conclude the shooter likely had the ability to reload at least one new shell/cartridge.

In any case, the firearm in this case is probably going to be deemed an illegal gun – stolen and sawed down/dramatically altered, or illegally custom manufactured (as was the case near Edmonton earlier this summer. Two suspects were arrested on August 17, charged with creating MAC-11 automatic submachine guns in a machine shop).

Meanwhile, Saskatoon’s acting police chief has said it is “extremely fortunate” no bystanders were hit. Here is the text of today’s release:

Shortly after 3:00 p.m., September 27, 2017, Patrol and Canine Officers responded to a report of a male breaking a window to gain access to a vehicle parked in the 200 block of 4th Avenue South.

Responding Officers located the male in the west alley of the 200 block of 4th Avenue and at that time observed him to be carrying a weapon, now known to be a firearm. The suspect refused to comply with repeated requests to follow Police instruction and moved to 4th Avenue. He continued to disobey Officers commands resulting in the deployment of less lethal options including a conducted energy weapon and bean-bag rounds. Both less lethal options were ineffective. The suspect then fired at Police, and Officers continued to deliver bean-bag rounds. The suspect fled towards 20th Street where Officers engaged him with their service-issued firearms, striking him and taking him into custody, with the assistance of a Police Service Dog. Officers immediately rendered first aid until MD Ambulance arrived and transported him to the hospital with non-life threatening injuries.

No Officers were seriously injured as a result of this incident.

A firearm was recovered at the scene, with a live round in the chamber.

The suspect, a 34-year-old man, was transported to hospital where he remains receiving treatment for his injuries. The suspect has not yet been interviewed by Police but will face charges of Possession of a Weapon Dangerous to the Public and Careless Use of a Firearm. It is anticipated that more charges will follow as the investigation continues.

Police wish to thank those who have already supplied video surveillance, and continue to ask anyone who witnessed the incident, or have additional surveillance video and/or images, to report it to Police at 306-975-8300 or Crime Stoppers at 1-800-222-8477.

The Major Crimes and General Investigations Sections are continuing to investigate and oversight has been requested from Saskatchewan Justice.

This is an example of a case where the suspect was likely using a heavily modified or improvised firearm. To legal gun owners: criminals want to steal your legitimate firearms. Often, firearms that are stolen are used in the commission of other offences. Guns are criminally altered to reduce their size and shape, increasing their perceived utility to shady characters in certain situations. Our advice is to store your firearms safely and legally, usually in a purpose-built gun vault/safe, to try to prevent theft and unauthorized use. Not everything can be planned for, but imagine the scene in a densely populated area if the shooter had instead gotten his hands on a factory-produced semi-automatic firearm.

Our hats off to the Saskatoon Police Service officers involved. They showed a lot of restraint and discipline during the escalating chaos.

User-submitted videos to CBC show the suspect and the improvised gun, as he is surrounded by police.

Safe and legal storage is usually best-accomplished using a thick metal purpose-built gun safe that is hard to break into or move around. The specific definition in the Canadian legislation for basic Non-Restricted storage containers is vague: “…A cabinet, container or room that is difficult to break into”. That means different things to different people, so it’s important to be able to demonstrate that you’re in compliance. For Restricted or Prohibited guns: “Attach a secure locking device so the firearms cannot be fired AND lock them in a cabinet, container or room that is difficult to break into; or lock the firearms in a vault, safe or room that was built or modified specifically to store firearms safely”. There are some extra rules (if you somehow own legal automatic firearms) for some guns that involve removing the bolt or bolt carriers and locking them in a separate room that is difficult to break into. So as you can see, a purpose-built gun safe is probably your best bet because it was specifically built to store firearms safely, and because you could use it to store Non-Restricted guns, Restricted guns, and ammunition (as long as the ammo isn’t loaded into or attached to the firearm).

As far as recent crime, the fight against stolen & smuggled firearms continues. Just this week there have been reported incidents involving multiple stolen guns in Saskatoon as well as in Esterhazy.

[UPDATE – Oct 2, 2017] The shooter has been charged with an array of offences, including alleged attempted murder. From the Regina Leader-Post:

“The 34-year-old man arrested in the downtown shooting last week in Saskatoon is facing seven charges, including attempted murder and several weapons-related offences.