🌻Statement on Russian Invasion of Ukraine🌻 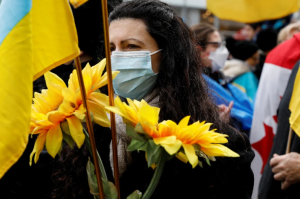 The photos and videos accompanying live reports coming out of Ukraine continue to be heartbreaking. Many Saskatchewan people claim Ukrainian heritage, including RGSL staff and a great deal of our students. Canada already has the world’s largest diaspora of Ukrainians, and they tend to be concentrated on the Prairies. Ordinary people can’t help but be shocked and appalled at the scale of this war, and we want to do our part to help.

Today (March 4, 2022), the Government of Ukraine’s Twitter account pleaded for help: “Dear @ICRC [International Committee of the Red Cross], help us establish humanitarian corridors to bring aid and evacuate civilians. We need at least eight of them. Russia lacks military successes, thus unleashes its fury by indiscriminately bombing civilians. Dear @PMaurerICRC, we need those corridors ASAP to save lives.”

🌻RGSL stands with the people of Ukraine, and today has donated our March 2022 profits to help the ICRC humanitarian efforts in the country. Slava Ukraini! Heroyam Slava.🌻 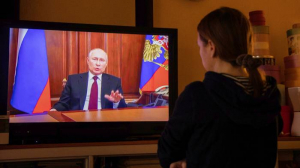 Ukraine now finds itself fighting an existential war against Vladimir Putin. Resorting to urban guerrilla combat tactics nationwide in order to maintain its status as a liberal democracy, their enemy is the significantly larger invading Russian Federation. Vladimir Putin has called for the destruction of the Ukrainian state in recent speeches, sending thousands of troops (and a lot of equipment) into combat, simultaneously threatening nuclear retaliation on any intervening countries.

RGSL encourages all Canadians who are able to consider donating to various legitimate Ukrainian humanitarian efforts! The Government of Canada has already matched many donations to the Red Cross.