[Displayed: OurCommons.ca Logo]
It seems that the sport shooting community in Canada has been making good use of a new government website allowing for electronic petition filing. OurCommons.ca has a section solely dedicated to this, so participating at a meaningful level is now easier for Canadians. A number of sport shooting websites have since picked up these stories.

Previously, we had heard of petition E-575, which asks the government to consider legalizing “sound moderators”. These are currently Prohibited devices in Canada. Legalization status varies, but there seems to have been a trend towards deregulation of these devices in other places.

A Glock pistol with a silencer affixed to the barrel.

To the uninitiated, a sound moderator is more commonly known as a silencer. They’re also sometimes called “suppressors” – but this can refer to the muzzle-flash of light upon firing, or the sound the gun makes, or both.

E-575 does not yet appear to have widespread public support – this columnist would suggest that might have something to do with the false impression many people get when they think of the Hollywood notion of silencers – everyone knows what a video game or action-movie silenced gunshot sounds like, right? Pew. The idea in the plot is that nobody else can hear it and so it’s more sneaky and diabolical.

While fun to watch, even the recent flick Jon Wick: Chapter 2 did have a scene showing an impossibly quiet silencer.

A Chris Knight National Post editorial noted on Feb 8: “…Their battles provide opportunities for the movie to wink at its own violence. There’s a hilarious scene in which the two combatants attach silencers to their weapons and tone down their gunplay so much that their shootouts in a crowded train station goes unnoticed by New York commuters…” (read more of the movie review here).

In any case, you can read up plenty of places online for more on how silencers don’t really make guns extremely quiet – usually only somewhat less deafening. They could be a good way to reduce potential hearing damage at gun ranges. Veteran shooters who did not wear ear protection in the past often suffer from painful tinnitus. Here is a good follow-up read about silencers/suppressors – on the main topic’s Wikipedia page.

On to our next petition. This May, petition E-1093 is making the rounds, sponsored by Michelle Rempel, MP for Calgary Nose Hill. Here’s the readout of what the petition calls for:

“Whereas:
We, the undersigned, residents of Canada draw the attention of the House to the following: That given that the Minister of Public Safety’s unelected Canadian Firearms Advisory Committee will shape the future of firearm regulation in our country, its members must adequately understand and represent the very people affected by its recommendations, being Canada’s shooting community. Therefore, your petitioners, call upon the Minister of Public Safety and Emergency Preparedness to require individuals appointed to the Canadian Firearms Advisory Committee to have earned their Possession and Acquisition License (PAL), without which they lack a baseline understanding of the activities they are tasked with regulating.”

So the petition today is asking that members of the Canadian Firearms Advisory Committee (who will have forthcoming serious input on Canada’s allowable firearms and regulations) should be required to take the Non-Restricted Canadian Firearms Safety Course (all civilian shooters need to complete that to get their basic license).

The Canadian Firearms Advisory Committee has a stated mandate since 2006 “…to provide advice on measures to reform Canada’s firearm policies, laws and regulations to ensure an up-to-date firearms regime that will keep Canadians safe.”

As a busy Saskatchewan PAL/RPAL gun training outfit, we feel a great deal of responsibility to ensure we can justify any of our students passing the course – we as responsible instructors don’t just rubber stamp course participants, and we regularly fail students who don’t “get it”. More often than not, we can convince a student who fails to return to us again for another course, where they treat the process more seriously before we issue their paperwork to send to the RCMP.

We all have to share the same gun ranges, rooted in safety. If somebody misbehaves – does not follow proper safety procedures – everyone else also faces serious danger. 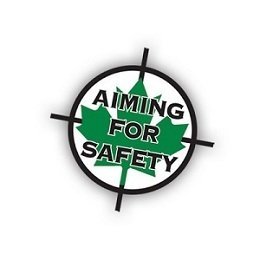 We’re ALL Aiming for Safety!

If Canada’s licensing system requires new gun owners to meet a basic set of training and rules through the CFSC to get their PAL, shouldn’t CFAC regulators of guns also have a strong understanding of the course content being taught therein?

We hope that regardless of the outcome of E-1093, members of the Canadian Firearms Advisory Committee will duly inform and educate themselves responsibly to a common standard as well.

We encourage all safety-oriented Canadians to sign E-1093, and to remember to confirm the link that is sent by email afterwards to ensure they are counted properly!