According to The Hill, CWD has been found in 24 states, with most of the activity centered around the American West, near the Rocky Mountains. They are also found in the Upper Midwest – states like Illinois, Wisconsin, and Minnesota. Since the disease was first found in Colorado in 1967, significant spread of “zombie deer disease” infections have been noted. 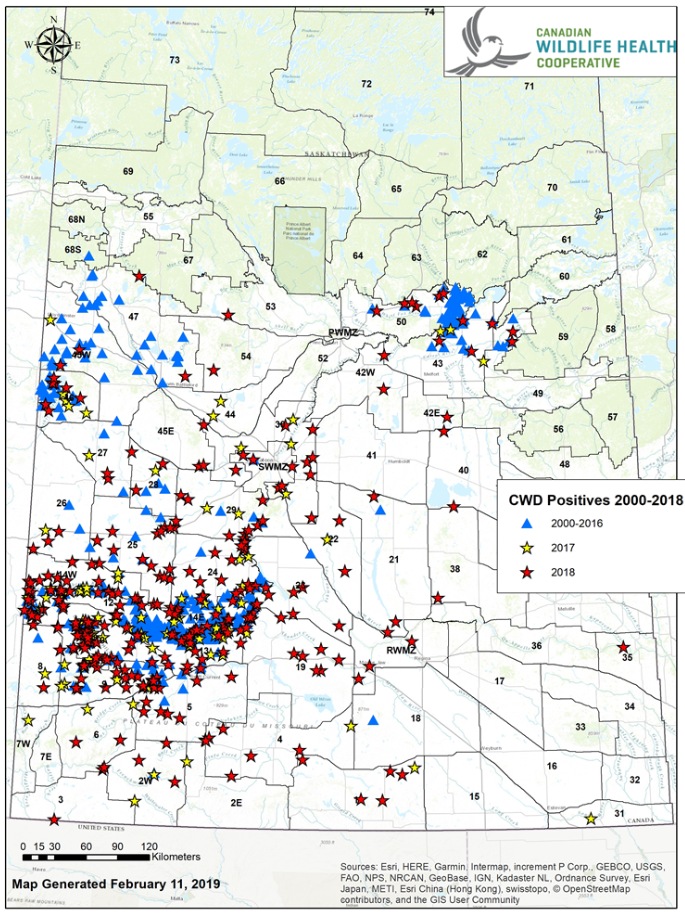 While CWD has not yet been reported in a human (according to the Centers for Disease Control in the U.S.), the center does warn that the disease could be spread to humans by eating infected meat. Affected animals may or may not show symptoms (such as emaciation from forgetting to eat, excessive drooling, and stumbling). There are no vaccines or cures, and CWD is fatal.

NBC News reported that many experts are worried that the disease could transfer to humans through consumption of the meat itself. Michael Osterholm, director of the Center for Infectious Disease Research and Policy at the University of Minnesota, told state lawmakers recently that he’s concerned that might happen soon: “It is probable that human cases of chronic wasting disease associated with consumption with contaminated meat will be documented in the years ahead,” he told the Minnesota legislature last week. “It’s possible the number of human cases will be substantial, and will not be isolated events.”

In Saskatchewan, the following counts are current as of this writing (according to CWHC & zones not mentioned reported no positives):

Hunting zones of particular note (remember the percentages can be skewed if the absolute # harvested was small versus the CWD infection rate):

Grand total infection rate is 299 cases positive, 1710 negative, 61 inconclusive, 2070 total. Total infection rate across all species and game types in Saskatchewan for the season is 14.4%, but with obvious strong regional disparities.

In neighbouring North Dakota, three counties report CWD: Grant County, Divide County, and Sioux County. CWD has also been reported in reindeer and moose in Norway and Finland, and a small number of imported cases were reported in South Korea.