New measures tabled today by the federal government are poised to seriously change the laws and regulations governing firearms. The most significant change appears to be a national freeze placed on the purchase, sale, importation and transfer of handguns in Canada. Other changes include red/yellow flag laws, magazine limits, and some air gun prohibitions – among many other categories.

“In other words, we’re capping the market for handguns. As we see gun violence rise, it is our duty to keep taking action.”

In introducing Bill C-21, Prime Minister Justin Trudeau and (Public Safety Minister Marco Mendicino) explain the federal government’s strengthening of gun control measures across Canada – pivoting away from the a recent federal proposal which would have seen municipalities able to enact their own handgun bans.

As this story of new laws unfolds, the newly-introduced Bill C-21 appears to have been tabled alongside separate Order-in-Council and regulatory measures announced simultaneously. There will be more information later: legislation will need passing, Orders-in-Council will need enacting, and instructors in the Canadian Firearms Program will need to be updated with the new rules as they become clear.

In the meanwhile, the sale/transfer/import/buying of the affected firearms appears unchanged until such time as the new legislation comes into force. It appears the handgun ban portions of the changes are being handled via the Act, rather than by Order-in-Council. This is important because it affects the timing of what appear to be some of the most impactful changes. 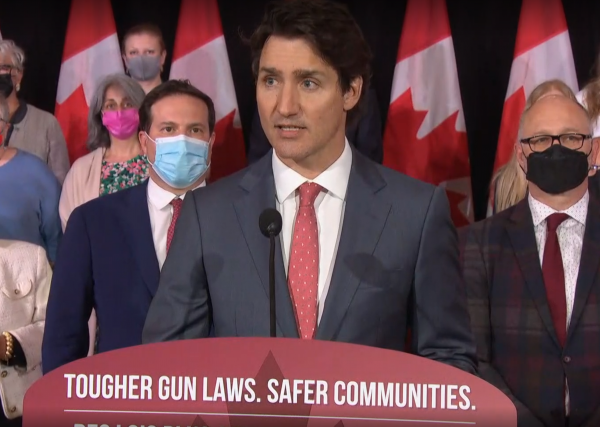 At this time, questions about pending legislation should be directed to your Member of Parliament, or the RCMP Canadian Firearms Program which is better equipped to answer questions at this time. We all learn about the new rules at the same time, as they are codified and shared with instructors.

Bill C-21: An Act to amend certain Acts and to make certain consequential amendments (firearms) and regulatory amendments, to advance the national ‘freeze’ on handguns, are part of a comprehensive strategy to address gun violence and strengthen gun control in Canada.

Learn about proposed amendments relating to:

A national “freeze” on the sale, purchase or transfer of handguns by individuals within Canada, and bringing newly-acquired firearms into Canada.

Action on handguns cannot wait. Regulatory amendments to advance the national ‘freeze’ on handguns have been tabled in both  the House of Commons and the Senate. These regulations will come into force once the Parliamentary tabling requirements under the Firearms Act are complete, expected in Fall 2022.

Protecting the safety and security of victims of intimate partner violence and gender-based violence is of paramount importance. Victims need to feel protected and fully supported when they ask for help.

The new “red flag” law would:

Individuals who are subject to an emergency weapons prohibition order (red flag) could be required to:

These emergency weapons prohibition orders would help to address situations where an individual poses a risk to themselves, their family, or to public safety, including perpetrators of intimate partner and gender-based violence, people at risk of suicide, and radicalized individuals.

Limitation on access orders would address situations where an individual subject to a prohibition order could have access to a third-party’s weapon.

New applications for an emergency weapons prohibition order could be made, and the court could set a hearing for a longer-term prohibition order (up to 5 years) if there continues to be reasonable grounds to believe that the individual poses a public safety risk.

A program would be developed to help raise awareness and provide tools to victims and supporting organizations on how to use the “red flag” provisions and protections. It would support vulnerable and marginalized groups including women, Indigenous people and other racialized communities and people with mental health issues, to ensure that the “red flag” law is accessible to all, particularly those who may need it the most.

Introduce a new “yellow flag” law that would allow:

The licence holder would not be able to use, acquire or import new firearms during the temporary 30-day suspension period but would retain possession of their current firearm(s).

If an investigation determines that the individual continues to be eligible to hold a firearms licence, their use and acquisition privileges would be immediately reinstated.

Following the coming into force of the legislation, the extended licence revocation authority would help protect those in danger from firearms violence and would permit a Chief Firearms Officers (CFO) to revoke a firearms licence:

CFOs would not issue a firearms licence to anyone who at the time they apply is, or has previously been, subject to a protection order related to the safety of any person or an emergency weapons prohibition order (red flag).

In the case of licence revocations related to domestic violence and protection orders, limited exceptions would be available for individuals needing a firearm for sustenance hunting and trapping, or employment.

The Government intends to launch a consultation with Canadians on the proposed expanded licence revocation and “yellow flag” suspension regime prior to the coming into force of these proposals.

Who has authority to revoke a firearms licence in Canada?

The Government is proposing to prohibit airguns that:

These airguns could no longer be imported, exported, transferred or sold. However current owners could continue to possess and use their existing airguns.

Mid-velocity airguns that do not closely resemble a real firearm would be unaffected. The Government intends to work with stakeholders including law enforcement and industry, to ensure the practical implementation of this initiative.

Coming into Force chart for Bill C-21: An Act to amend certain Acts and to make certain consequential amendments (firearms)

Upcoming regulatory amendments for firearms (not part of Bill C-21)