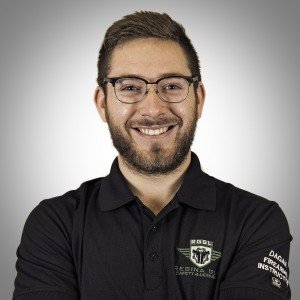 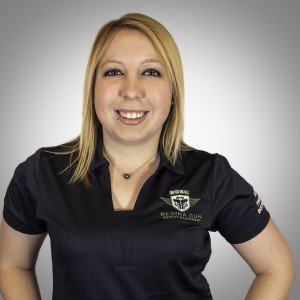 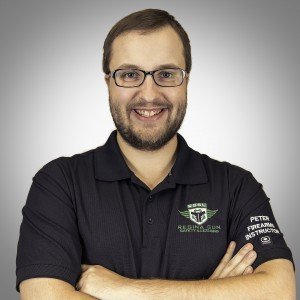 Peter QuesnelMaster Firearms Instructor
His U-of-R sociology work focuses on police & citizen interactions. Peter always researches new Canadian tech and legal developments on everything that links firearms to public policy. His goal is for students leaving to know the most useful, informative, modern & responsible approaches to safe gun use. 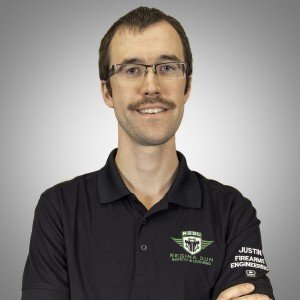 Justin GallagherResearcher
Justin helps teach some of the math, science & energy behind projectile ballistics. He makes it easier for everyone to understand firearm physics, and the mechanics of how they work. Justin holds a Bachelor’s in Engineering from University of Saskatchewan College of Engineering. 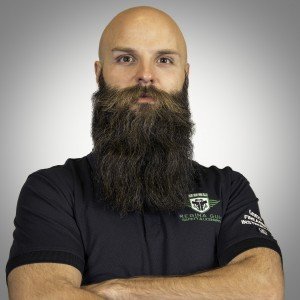 Gregory QuesnelChief Information Officer
Having an entrepreneurial and Computer Science background, Gregory is responsible for providing solutions that meet the breadth of development and project management to the team. He also maintains the RGSL.CA website, and keeps things clicking online. 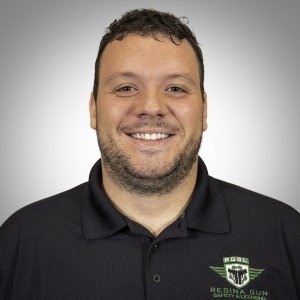 Regina Gun Safety & Licensing started around 2011 by Peter Quesnel, now a Master Firearms Instructor for the province of Saskatchewan. RGSL’s mission is to drive home points about gun laws and safety concepts during Canadian Firearm Safety Courses clearly, safely and efficiently. With staff from a variety of backgrounds, RGSL has firearms instructors using iterative, awesome teaching methods that aim to keep students engaged for the whole day. 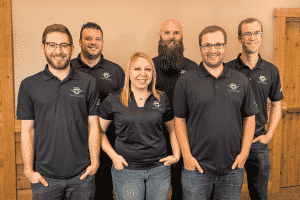 RGSL teaches the Canadian Firearms Safety Course using real-world interesting examples that will make sure your learning isn’t boring – we help beginners and seasoned-veterans alike form useful and safe shooting habits when leading Non-Restricted and Restricted courses – mandatory in Canada to get the PAL and RPAL respectively.

RGSL tries to ensure our students become safety ambassadors in recreational shooting communities in Saskatchewan (and across Canada). We want people to understand the regulations clearly, so that they can explain the rules to others as well.

We are Canadians first, recreational shooters second. RGSL instills a sense of safety and responsibility in Saskatchewan shooters and also helps them network/connect with each other in the rapidly growing Canadian sport/target shooting community. A person who comes to RGSL to get their gun license will certainly leave remembering that they operate in the wider context of the country/world we all live in. Many people aren’t comfortable around firearms, so it’s our collective responsibility as safe shooters to hold ourselves to a high, legal, safe set of standards when locking, transporting and using guns in general.

We have a strong focus on reducing the number of calls to police for service where firearms are involved – many calls for service could be prevented with a little common sense on the part of the gun owner/user.

Realistically speaking, the Firearms Act is vague/unclear on a number of points and so many Canadians could theoretically end up charged with Criminal Code “administrative” offences while dealing with firearms in their day-to-day lives. Instead of leaving oneself to the mercy of a Crown prosecutor or a judge to sort out, RGSL teaches our students to go above and beyond to be as safe and legal as possible/reasonable at all times in an attempt to avoid trouble, headaches and heartaches later.

Just because something is strictly “legal” under the Firearms Act, it doesn’t make it a best practice, ~1100 Canadians per year are charged with unsafe storage/transport (StatCan, 2016) and so it’s a good idea to go above and beyond, checking with the RCMP/CFO to make sure everything you do is legal!

Canada’s gun-control system is arguably more socially responsible system than laws that American states have, and the much lower historical rates of gun deaths in Canada reflect cultural differences. RGSL fully supports the RCMP and the Canadian Firearms Program, and prioritizes a social approach to gun education – for every safe shooter we train, they themselves become likely to watch out for others’ training and safety in kind – and they’ll inherently watch out for other people at the range.

Many women are marginalized in shooting sports, and have been shut out of gun culture’s “old boys’ club”. RGSL seeks gender equality in the shooting sports by introducing a higher-than-average number of ladies to the shooting sports – on their own terms. With instructors like Annie running on-demand Ladies-Only courses – that means making a safe, comfortable and inviting environment for women to come and learn in a low-pressure environment without having to deal with outside pressure.

Our mission at RGSL is to make sure that the core principles of safety and responsibility are embedded in our teaching of the RCMP Canadian Firearms Safety Course, and instructors take the time to talk seriously with every student about their specific goals.

Some of our staff have more advanced firearms qualifications, such as weapon-specific courses, tactical regimens, and Range Officer training. RGSL staff make a habit of visiting a variety of different civilian, commercial, law enforcement and military gun ranges and armouries in Canada and internationally. We also work with and follow the RCMP, Regina Police Service, Saskatoon Police Service, conservation officers, and various other law enforcement groups in the province.

We do our best to show others that responsible firearm ownership can be a neat hobby – but is one that must be done safely!

So whether you want to hunt, go target shooting on weekends, have questions about gun laws, or want to start a collection of cool guns from throughout history… If you’re looking to get your PAL/RPAL courses done, register online with RGSL!