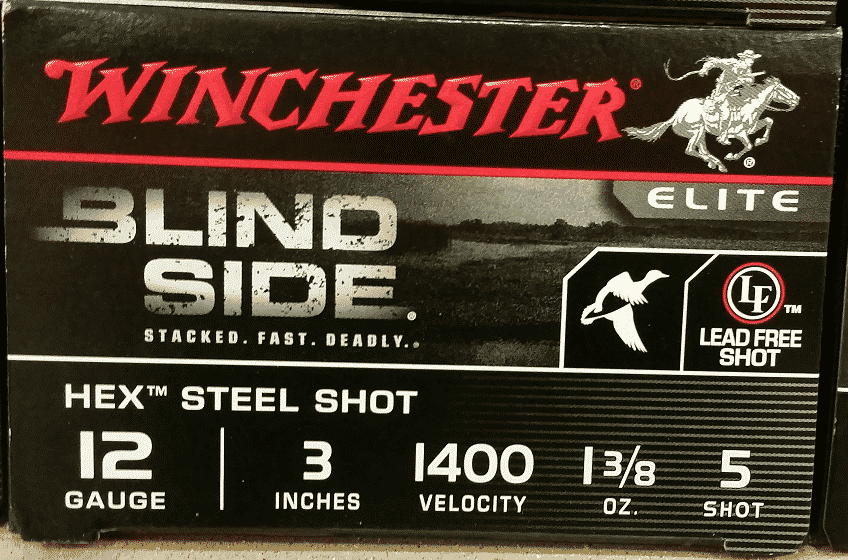 Shotguns can be tricky when you’re first getting used to them. There’s a lot to know, as people who are new to “scatter-gats” have a number of different dynamic factors to consider that you wouldn’t think about in the world of rifles and handguns which fire simpler bullets.

Taking a look at a picture of Winchester Elite shotgun shells at Cabela’s, we can see that on the box we’re given a number of pieces of information.

First, we know the shotgun shell is “12 gauge”. This refers to the shell’s diameter. Projectiles fired out of barrels need to be of a uniform diameter or else the hot, rapidly-expanding gas pressure that comes upon firing could behave in an undesirable manner (along with the payloads pushed out of the barrel). This is one reason shells contain “wadding”, which is not found in most rifle or handgun cartridges.

Second, we know that the shell length on these shells are “3 inches”. This is important, because if you exceed the maximum chamber length the shotgun could burst or be over-pressured, “grenading” the chamber into a redirection of gas pressure that you really don’t want upon firing. Most chambers are stamped with either a maximum length, or a range of lengths. For example, a shotgun could state “2 3/4 inches” for a maximum length, or “2-3 inches” for a range.

Third, we’re given the velocity. This is typically given in feet-per-second (in this case, 1400 FPS). Most of the time in the firearms world for North America, we use the imperial system as it happened to be the prevalent system in use. Note that the velocity is measured by Winchester at the muzzle (end of the barrel) and decreases as the pellets (or a slug) travel downrange.

Fourth, we’re given the shell weight in ounces. In this case, 1 3/8 ounce. The more mass a shell has at firing, the heavier recoil tends to be. You’ll also find that slugs come in different weights – the smaller ones tend to be lighter and may or may not carry a faster velocity at the muzzle.

Fifth, we’re given the actual number of shot in this type of shell. “5 shot” corresponds to #5 birdshot. There are charts you can find which detail the different numbers of shot, which will help you match your application (target shooting, hunting birds, hunting larger game, etc) to the shell which will work for you. As you have probably surmised by now, shotguns are highly customizable.

It’s worth noting that past the five criteria listed here, the shotgun shells we happened to focus on are listed by Winchester as “lead free shot”. While the Canadian Firearms Safety Course teaches that lead is the most common bullet and shot pellet material, there’s been a recent focus on environmental efforts to reduce waterfowl lead exposure as it is highly toxic to ecosystems, even in relatively small amounts. If you’re going bird hunting, you’ll certainly want an alloy pellet that does not contain lead. It’ll lead to tastier meals for you too, even if it means spending a little extra on your ammo.

One of our recent students wanted to share a picture of one of their historical firearms with us – an old British Army Adams revolver. It was taken back to this province by a Saskatchewan soldier in 1942 to Canada from his deployment in Germany.

These are not very common, and it seems this one has been kept in decent shape. Without further ado, here’s a picture to share of a rare Saskatchewan piece! 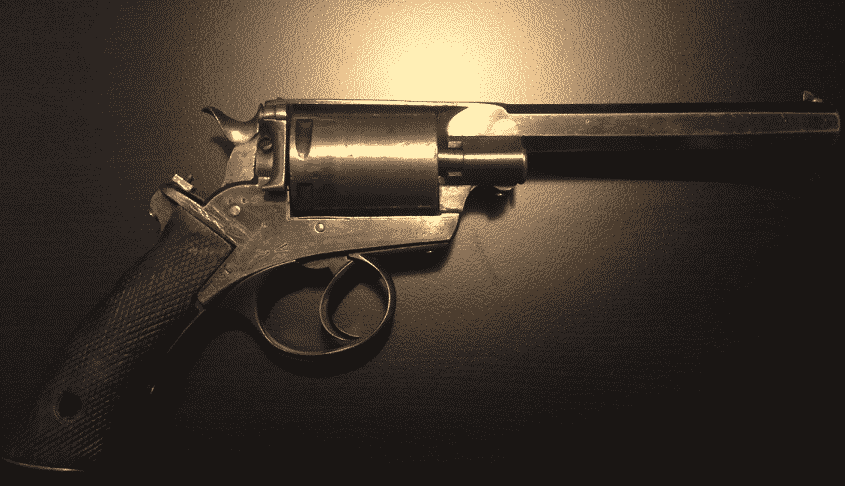 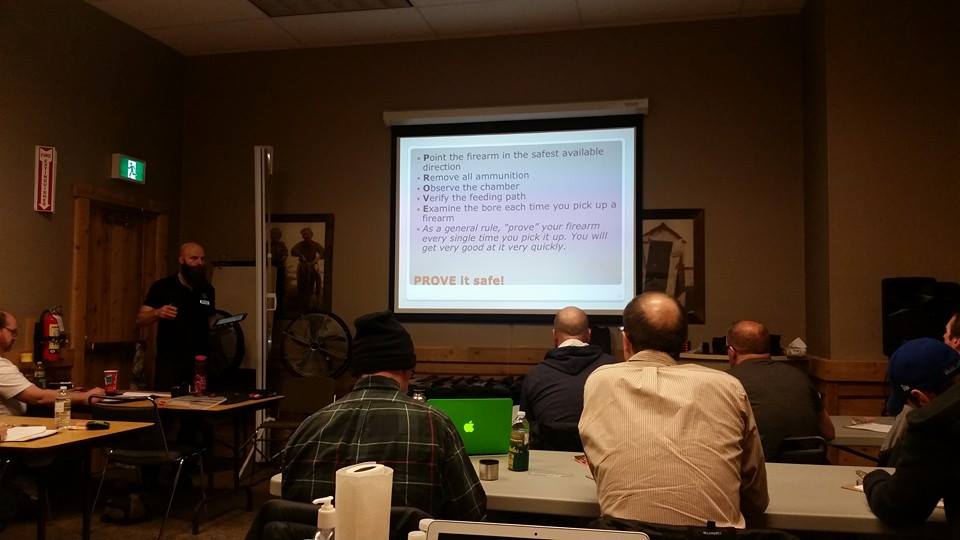 While southern Saskatchewan endured its most turbulent snowstorm so far this winter, Greg, Annie and Peter did their best to keep things warm during the 10-Hour Firearms Safety Course today at the Regina Cabela’s.

According to the nearby Regina airport’s data from a mile down the Lewvan, officially the City of Regina received 8 centimetres of snow. At the end of the day, a check of the parking lot revealed chaotic driving conditions as daylight faded. Many cars were trapped in two feet of snow due to the 70km/h gusts, and the storm was rough enough to merit a short shutdown of Highway 11 due to zero-visibility.

That’s all it takes around here to end up with disproportionately large snowbanks; a little snow but a LOT of wind.

None of that stopped our students from studying and passing their tests, even though there was no love for them from the Valentine’s Day weather outside afterwards. Well done to them all!

For what it’s worth, Arnie at Cabela’s puts the blame for this squarely on snowboarders and skiers who have been praying for fresh powder. Although there’s been a lull in the amount of falling snow around here until very recently, it’s possible that he’s on to something this week if the forecast for more snow holds.

From all of us to all of you this Valentine’s Day,
<3
Your friends at RGSL! Annie will be leading a “Ladies Only” 10-Hour Firearms Safety Course on March 14, 2015 at the Regina Cabela’s. Spaces will be limited to ensure a quality experience for the ladies who come to take the course together.

RGSL staff have written in support of gender equality measures in the past, and we always continue to push for more level gender and social playing fields as sociologists.

Ladies Only courses are an opportunity for women to take part in firearms training without potentially being made to feel uncomfortable or intimidated in a set of sports that continues to be heavily dominated by male shooters. Students will be trained and tested for their Non-Restricted and Restricted firearms licenses.

RGSL emphasizes individual safety training in an inclusive environment. Whether you’re a total rookie just getting started or a seasoned veteran just looking to get legal, we can help you out!

Registration for this Ladies Only course (and all our courses) is always available online by clicking here!

UPDATE: As we’ve seen a surge in interest for the Ladies Only course, we’re offering a second one. We now have registration for both March 14 and March 28 as Ladies’ courses!